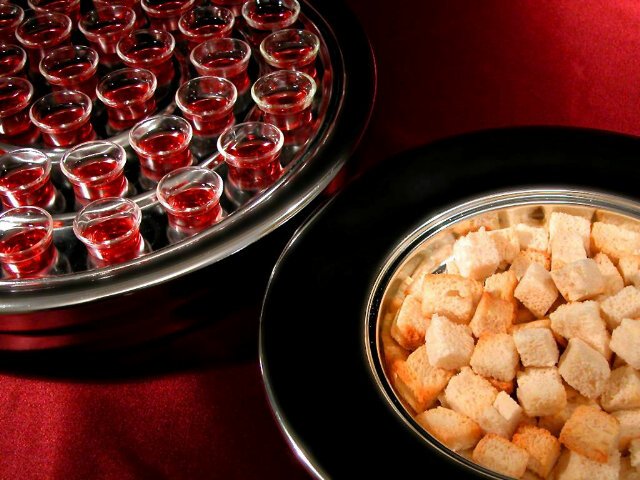 Sunday was the day I would be handed over: from the hospitality of Cobus van Wyngaard and Dutch Reformed Church friends in central Pretoria, to that of Luc Kabongo, his family and their Inner Change missional community, in Soshanguve township on the far edges of the city.

Having talked a lot in the preceding days (with Cobus and others) about church, and having spent time in spaces that were hesitant to call themselves "church" (despite being tangible and radical embodiments of community, and attentive to practices of spiritual formation and transformation), today was my first taste of "church" in its familiar, traditional, Sunday-morning-gathering sense.

Cobus was preaching (I posted his sermon here a while ago), and Klippies was presiding - two familiar faces for me now. But this was a URCSA (Uniting Reformed Church of Southern Africa) congregation - a historically black denomination (as I've mentioned previously) - and so other than Klippies' wife Alta, Cobus' young son, and me, the only other white faces in the church were the two men leading the service.

Had I not just spent time getting to know Cobus and Klippies, I would have found this profoundly disturbing, I think. But I knew that this was not a position of comfortable authority for them either. Both are engaged whole-heartedly in the painstaking work of deconstructing the taken-for-granted assumptions entangled with whiteness (that white people are best qualified to lead worship and preach, for example), critically examining power structures (including those that they themselves are embedded in), nurturing, supporting and cheerleading for leadership among people of colour, and responsibly stepping back from positions of power and authority so that they no longer "fill the space" in ways that prevent others from inhabiting it. A different kind of "handing over" is under way - and a very deliberate one, however slow it may sometimes feel to all involved.

Of much that was unfamiliar about the service (most of the singing, some of the prayers and a translation of the sermon were in Sotho; and my stiff English body failed again to express itself with the fluidity and tangible joy of most of my fellow congregation members), one moment stood out with startling clarity. After initial words of welcome and psalms and songs of praise, before we turned (as I would have expected in a familiar underlying liturgical flow) to confession, Klippies led us in these words, said together as we stood:


I stand tall and dignified in the presence of God
and among my fellow human beings.
I accept myself as a precious and unique person,
created through Christ to be the image of the living God.
Together with animals, trees and rivers
we are one living community,
belonging to the earth, our common home.
Guided by the Spirit, we discover who we are, as a family:
Motho ke motho ka batho.

The last lines, I discovered later, mean, in Sotho, "a person is a person because of other people" (similar to the meaning of the more familiar Nguni word ubuntu). As the URCSA worship book 2015 explains:

"Traditionally the liturgy moves directly from praise to the reading of the Law of God and the confession of sin, but in that way the importance of creation is underplayed. Human beings are creatures of God – with God-given human dignity – before they are sinners. This fundamental article of the Christian faith must be affirmed liturgically to prevent Christian worship from strengthening or perpetuating the negative self-images produced by racism or sexism. It is helpful for congregation members to affirm their God-given human dignity and worth before the liturgy moves to Law or confession of sin."

In fact, in Klippies introduction to these words in the service, he emphasised both the underlying of God-given human dignity, and also the fact that we (a "we" particularly resonant for this congregation, with this country's history) are often victims of sins which diminish, degrade, oppress, exclude and wound, as much as (if not more than) we are perpetrators. I was reminded of Jesus' "handing over" at the Last Supper, which was both his betrayal by Judas into the hands of the unjust systems, but also his willing giving of the gift of himself, in bread and wine. How often do any of us know, when we experience betrayal, that we are also God-given gift, gift in our own hands to give freely?

After such a profound moment (for me, at least), there was something slightly comical about moving on to celebrate people's birthdays. Or there might have been, perhaps, were it not for a tangible sense in the gathering that birthdays - for young and old alike - were precious moments to celebrate the God-given gift of life, at once fragile and scarred by tragedy, and yet a cause also of joyful thanksgiving. It made me want to celebrate birthdays in our church back in Hodge Hill with a renewed seriousness.

Another moment in the service that struck me was near the end. In the notices - so often a cause of slightly-impatient muttering and watch-tapping in services that I'm involved in. The notices in URCSA Melodi ya Tshwane did, to be fair, go on a bit. But among them was an announcement from the leader of the men's ministries that they were setting up a new men's group, with a professional psychologist, to help men in the congregation address "unresolved emotional hurt". I was left struck both by the rawness of that need in post-apartheid South Africa - and by the potential for such an offering in my own contexts in the urban edges of Brexit Britain. One of the joys of returning from sabbatical was to hear that our own organically-evolving men's group, in the midst of our community-building work in our neighbourhood, had made several positive steps forward, and a wonderfully diverse bunch of local and not-so-local men was beginning to meet regularly to enjoy each other's company, deepen friendships and, often tangentially rather than directly, talk about some of the harder aspects of life.

So, when the towering figure of Luc arrived to drive me and my luggage to his home in Soshanguve, I found myself "handed over" bearing many blessings on which to ponder and chew.
Posted by Revd Al Barrett at 18:30